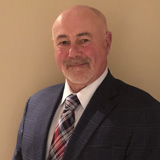 Mr. Misa joined Metro Realty in January 2019 after a successful career at Industry One Realty. He was involved in all aspects of running the Industrial division by teaching, mentoring, and helping junior associates giving them the education, advice and experience needed to advance in the Real Estate brokerage business.

Bob’s primary focus has been on industrial sales and leasing in Nassau and Suffolk County. His specialty is focusing on the best properties to lease and or to purchase for his customers. He also works closely with major landlords and property owners who are looking to sell their buildings. Bob has personally sold and or leased over 75 spaces/buildings during his short career in the brokerage business. His background of being an owner of a wholesale plumbing and heating supply gives him experience in the construction business. Bob also owned industrial properties on Long Island. When he decided on a new career path it was an easy transition into the Real Estate brokerage business.

Bob concentrates on tenant/ landlord and or purchaser/ sellers’ best interests. Bob puts 1,000 % of his efforts regardless of the size of the deal, into helping all of his customers. Bob implements strategic planning and business strategies that best suits the needs of the customer.

Bob married to his high school sweetheart Colleen. They have 2 children Jacquelyn and Rob.
Rob is retired from the US Marine Corps and is married to Staci who is an officer in the US Navy.
They have recently relocated to the Chicago area to continue their careers.

Nothing found, please check back later.